Actually… looks like the last time I wrote any sort of Scent Diary entry was four months ago. It is hopelessly out of date, and I include it here simply for reference.

Monday, Aug. 18 – First full day of school this year – it was a two-hour early release last Friday. Taz almost forgot his lunch, and Gaze forgot his trombone. I had to take it to him.

RAIN. Super rain. All-day rain. It was like the weather on Venus in that Ray Bradbury story, “All Summer in a Day.” (Which, do not read it if you are a) concerned about the scientific feasibility of constant rain on Venus, or b) emotionally sensitive. It will annoy the crap out of you Sheldon Cooper types who have to have all the facts right or the story doesn’t count, in the first case. And it will flat break your heart in the latter case. Oh, but Bradbury is such a genius of the short story.)

SOTD is Ralph Lauren Safari. Again. Man, I could get addicted to this stuff. Fragrantica calls it a Floral Green, but elsewhere I’ve seen it described as a green chypre. Don’t care. I suspect that its style was, well, out of style when it was introduced in the early 1990s: too perfumey. Too green, too loud, too far removed from the smell of “clean” in the days of cKOne and L’eau d’Issey. Not that it’s a dirty perfume exactly; it’s not Joy or Bal a Versailles by any means, but neither does it smell like Windex.
************************

Wednesday, Dec. 24 – The CEO’s sister J has been visiting. We went to the Christmas Eve service at the church where my mother-in-law attends, and ran into one of my aunts along with my cousin and her husband, so that was lovely too. SOTD was Prince Matchabelli Potpourri, a wonderfully clovey carnation-woods scent (long discontinued, of course – I paid $12 for a full 1 oz bottle via eBay), with a spritz of Parfums de Nicolai Vanille Tonka for the evening.

I notice that my newish bottle of Vanille Tonka is missing its spritely, delightful lime opening. The lime’s still there, but it’s very subdued and there’s more of a root-beer feeling to the scent now. This is not bad, exactly, but I really adored that lime+spice thing. Sigh.

Was up late, but I managed to finish  not only my MIL’s chenille hat but also Bookworm’s Minion Hat. It is ADORABLE. (Here’s a link to the pattern, in case you would like to make it.)

Thursday, Dec. 25 – a quiet Christmas. The kids slept late, we slept late, and it has been so warm that there was no reason for The CEO to go out and have to feed cattle, so we dove into stockings first, and then had breakfast, and then opened presents. No scented gifts for me this year. (Which is okay. To a large degree I feel satisfied with my current collection, though I would of course love a bottle of Iris Poudre. I’ve gotten through a 5ml decant and I have two partial 10ml decants I’m still working on. The only thing that worries me is the impending purchase of Frederic Malle by Estee Lauder… Lauder owns Jo Malone as of Jan 1, 2015, in case you didn’t know that… I would hate for IP to be irrevocably changed because I love it.)

Bookworm loved her crocheted hat! She knew I was making her one… but when she opened her package she kept repeating, “It’s a MINION! It’s a MINION!” and didn’t take it off all day. Success, I proclaim.

We had a lovely dinner with The CEO’s mother and both his sisters, as well as his sister E’s husband and their kids. Very nice. SOTD was Teo Cabanel Alahine, because it smells like joy and Christmas to me, and it’s become tradition over the past five years to wear Alahine on Christmas.

Friday, Dec. 26 – We spent the morning of Boxing Day at home, straightening up a bit, before heading on to my parents’ house for Christmas Part II. I wore Alahine again, of course, because that is My Christmas Perfume, Period. I love Alahine so much. We had a nice time with family – a nice meal, an excellent time Skyping with my sister. My father recently replaced his 10-year-old Sebring with a Jeep crossover vehicle which seems rather sporty for him… in any case, he gave us the Sebring for one of the kids to use. I think he’d intended it for Gaze, who will be eligible for his driver’s license next month, but we decided that it might make more sense for Bookworm to drive it back and forth to Connecticut. Even with the $400 garage fee charged by the university, and the gas for it, it might be cheaper than airline flights! We’re still waffling on its name. Sebastian? Sabrina? Seabiscuit?* And Gaze, in any case, wants to drive the Ranger, which is way more “manly” than the Sebring.

*Yes, we are those annoying people who name their cars. Cameron (The CEO’s Camry, which is blue) and Stevie Ray Van (my Caravan, which is red) and Walker (the Ranger, which is black) refuse to share the driveway with an unnamed vehicle. 😉

Saturday, Dec. 27 – sunny day, temperatures in the 50s. Niece and nephew came over before the Virginia Tech – Cincinnati bowl game and hung out, and then The CEO’s mom and sisters and brother-in-law came over to watch the game. (My mother-in-law doesn’t have ESPN. In fact, she doesn’t have cable. Nor does she have internet access, or a computer, or even a touch-tone phone. She does have a cell phone, but only turns it on when she’s away from home and wants to ask someone a question. On the other hand, she seems to be getting along just fine.) So we did the basic house clean-up super-fast, and then settled in with some pizza to watch the Hokies trounce the Bearcats. SOTD was Caron Parfum Sacré, reapplied before dinner back over at the MIL’s house.  VT won the game, btw. Everyone was happy.

We have now determined that Gaze is a couple of inches taller than his same-age cousin Curiosity, Taz is now just a hair under my 5’4” height, and the cousin that’s Taz’s age, Primrose, is maybe half an inch taller than Bookworm. Everybody’s been growing except Bookworm, and she finally seems to have accepted that she’s just going to be a peanut. She did comment to me, however, that her friends have told her that she seems like a bigger person than her actual size – possibly because of her confidence and her grown-woman speaking voice.

By the way, I still don’t know why none of the Carons have captured my heart. True, the classic ones seem to have been reformulated badly, but even the vintage-ish stuff I’ve tried has seemed flat and dull to me. I did like Aimez-Moi, which was a more modern composition, but to be honest I never wore it so I traded it off to someone who loves it. Have I been influenced by the lukewarm reactions of Perfumes: The Guide? Perhaps. But I think it’s more likely that I simply don’t have an affinity for the style. I expected to find Narcisse Noir interesting, but the current stuff is way more orange blossom than narcissus, sort of a little girl’s yellow dotted-swiss dress, and the vintage sample I tried was so boring that I kept checking to see that the sample service hadn’t given me Narcisse Blanc by mistake. Tabac Blond is a wack combination of sweet, oily and musty, and Nuit de Noel is all that plus moss. The lovely Blacknall of A Perfume Blog sent me a sample of Or et Noir, which is said to be the precursor of Parfum Sacre, and I found that one difficult to wear, as its first hour or so is a sour, insistent rose soliflore before it relaxes into a beautiful soft ambery, mossy-woods drydown. (I suspect that it’s geranium I dislike so much in the rose scents that go sour on me.) Now, I do like Poivre, very much.

Sunday, Dec. 28 – a gray morning. Niece and nephew came over and played with our kids; I took a nap. We all went to church in the evening (our church, which normally meets at a local school on Sunday mornings, uses the sanctuary of another local church on Sunday evenings in the month of December) with my mother-in-law, as well as E and K, Primrose and Curiosity. Leftovers for dinner and football on TV… rain outside. SOTD: Organza Indecence, so cozy.

Monday, Dec. 29 – RAIN. Bleargh. A quiet day. SOTD was Shalimar Light. My first bottle of it (after the 5ml mini) is half gone; luckily I have one more stashed away. Best Lemon/Dirty-Vanilla EVAH. Made a batch of Nell’s Boiled Custard (YUM)!

Tuesday, Dec. 30 – The CEO’s laptop, or at least its screen, died last night and all attempts to revive it have failed so far. This is the Horrible! Clicky! Computer that I hate and despise because its “enter” key noise is so, well, offensively clicky that I literally cannot bear to be in the same room with it, so I am ambivalent about the matter. I’m sorry he’ll have to deal with the annoyance of a nonfunctioning computer, but maybe Virginia Tech will give him a new laptop that’s quieter.

Incidentally, over the month of November I found out that I have misophonia. That is, there is a name for the irrational feelings of rage/frustration one feels when hearing certain (generally soft and repetitive) noises. There is a NAME FOR IT, PEOPLE!! I am not (entirely) crazy! Gum chewing/popping… chewing sounds in general… the sound of toe/fingernails being clipped… that blasted clicky computer… gah. I have to leave the room. I cannot stand to sit in front of people who are innocently, but ANNOYINGLY, crunching popcorn at the movie theater. It is with the greatest difficulty that I restrain myself from turning around and killing them utterly dead. But at least I am not craaaaazy, even if very few people believe me about the soft-noise rage.

Wednesday, Dec. 31 – Glad to see 2014 go, for some reason. The CEO and Gaze have been watching college football bowl games most of the day, and I’ve been writing some, and doing a few year-end errands. My new Tracfone Android phone arrived today but is not completely functional yet; Taz will be getting my old phone when my new one works. Hope he doesn’t lose this one as he did his first phone and his second (a castoff from his brother); I’ve been fond of that phone.

The Christmas decorations come down tomorrow. Three weeks of those are about all I can manage, though I have friends who enjoy having theirs up for nearly two months. I can’t do it. I don’t mind leaving my nutcrackers out into the second week of January, but the tree has to go, and the garland and lights on the porch railing do too. Incidentally, the whole my-Christmas-tree-is-trying-to-kill-me thing seems to have been confined to the Canaan fir varietal. We had another Fraser fir this year and I’ve had no problems. And it was lovely, too. 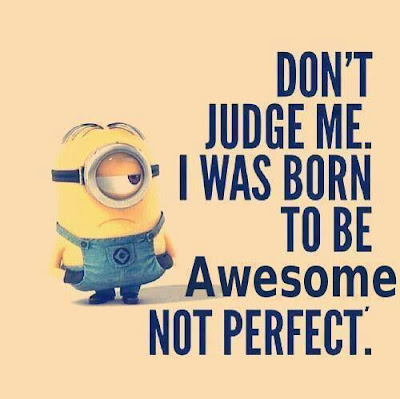 SOTD is Memoir Woman. Mmmmmmmmm. I got an order from Beauty Encounter today – a candle that was on clearance/sale, plus a few samples and some mini shower gels. And my new crockpot, ordered from Amazon with my gift card, came today too! Yay! Delicious ham for dinner, and I’ve got an El Cheapo bottle of pink moscato (HEY! Don’t judge me!) in the fridge for The CEO and I to share at midnight.

Wishing everyone a wonderful, fragrant 2015!